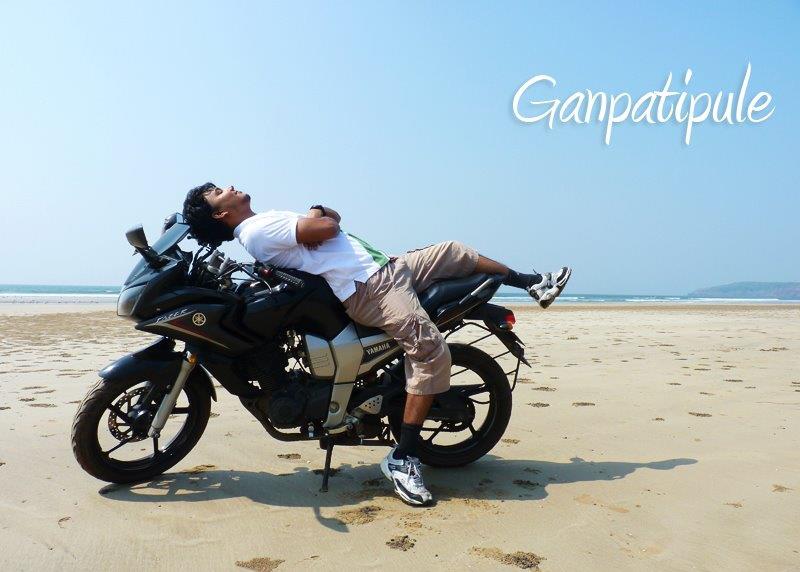 Ganpatipule reminds me of clean beach, blue sky and the best part – when you stand in the water you can see your feet (yes, that is my way of measuring how clean the beach is). 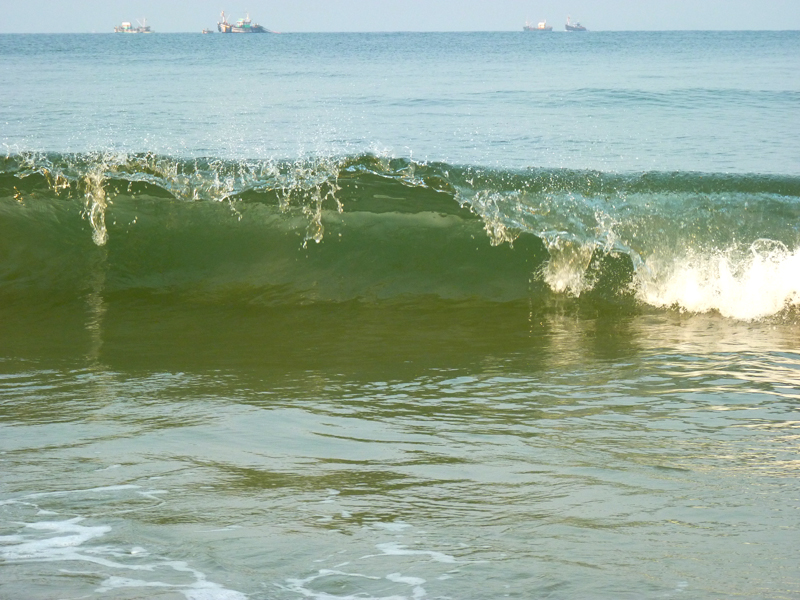 I and my wife decided to spend three days in Ganpatipule. On Saturday we started early at around 5:30 am because NH17 can be very irritating with heavy traffic especially near Pen. Anyways, we reached Pen by 6:30 and once you cross that junction, the rest of the road is a pleasant drive. The road conditions are really good except for a few patches till Sangameshwar. 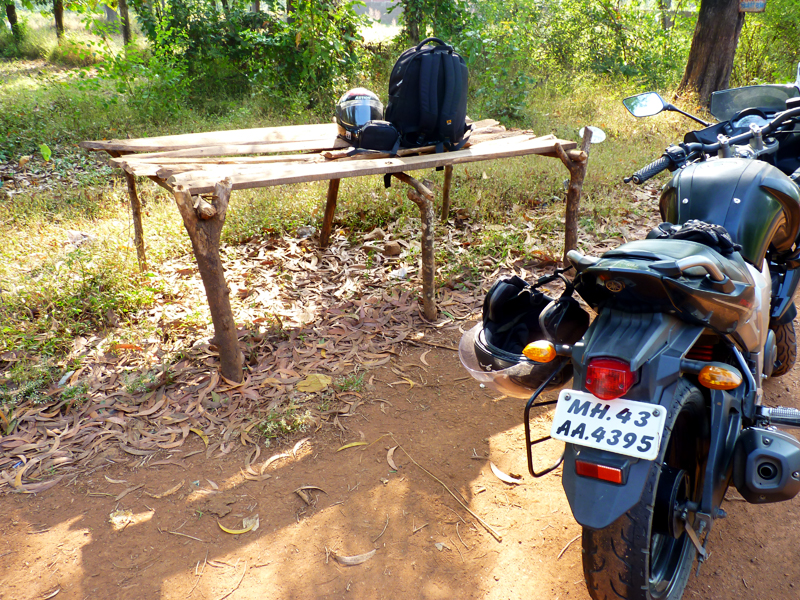 At Sangameshwar while having tea this police officer came up to me and during our small conversation, he suggested us visiting the temple of Lord Shiva. Later on, it turned out to be an excellent suggestion. The temple is really beautiful and the carvings throughout the temple are something which amazed me. 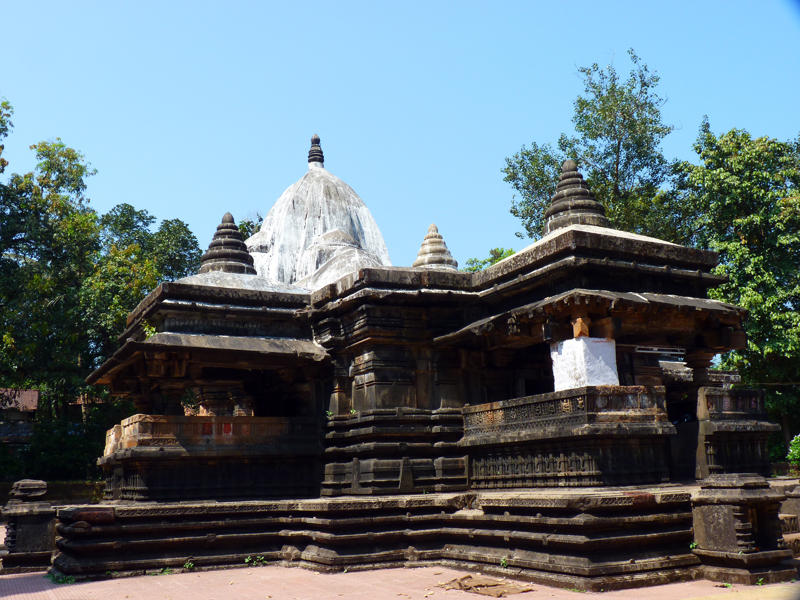 The work done on the walls of this temple is beautiful and makes you think how could people achieve such accuracy and make such beautiful shape out of such hard stones with so little technological assistance. You can find beautiful sculptures on every corner of the temple with all gods and goddesses and even different dance poses. Each and every carving has a meaning and tells us a story. 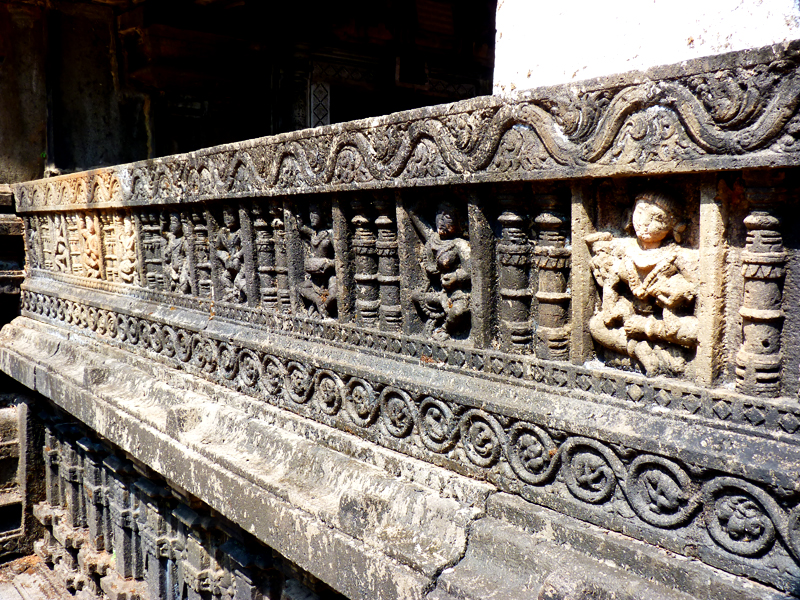 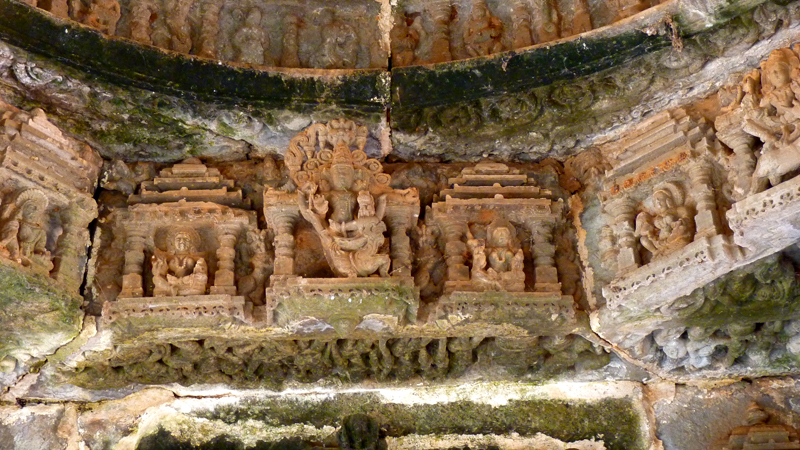 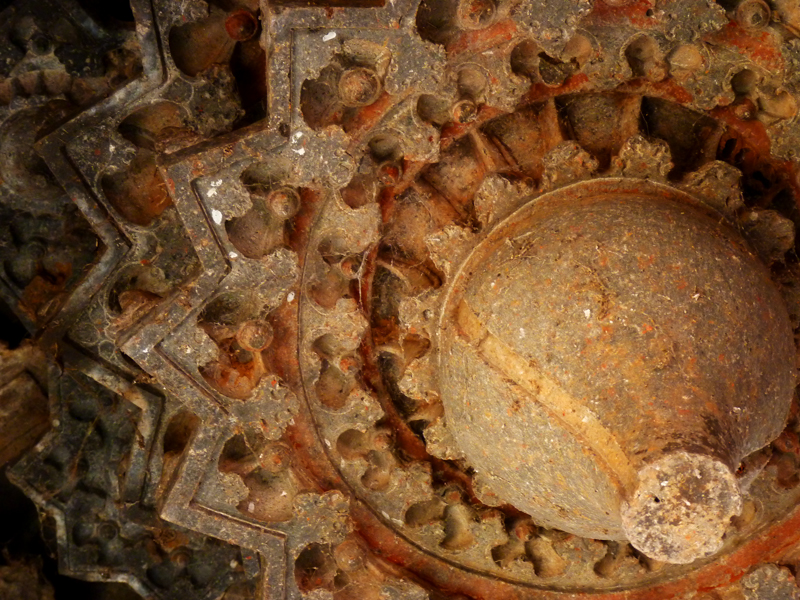 The policeman even told us a hidden road which not only saved almost 20 km but also the road condition was good and the view was amazing. It’s a detour before crossing the river at Sangameshwar through the interiors. You can get a good feel for the village there. Rice cultivation, hay stacks and many more things. So, after about 20 minutes or so, we were back on the main highway and from that point, it took us not more than 30 minutes to reach Ganpatipule.

The hotels there were almost full near the main beach area. I always like to book hotels which are not at the prime locations. The reason is simple: the prime locations are too crowded and noisy. And when I am on a vacation, I really don’t want those disturbances to ruin my sleep at night ;).

The hotel we got was not far from the beach. It took us only 10 minutes to walk up to the main area and I feel that is good enough. The rooms were neat and clean, and the rooms which we got even had a nice balcony for fresh air. The non-ac rooms cost Rs. 1000 and the ac rooms were for Rs 1500. The hospitality of the staff is worth mentioning.

One thing that I must say is that the food at Ganpatipule can be a real nightmare. There are quite a few restaurants near the main beach area, but I found most of the food quality very poor and dam costly. I can never imagine a small tapri wala can charge Rs 12 for one cup of tea. Overall the cost of food and hotels were increased for few days because it was a long weekend and so it for them it was peak season.

After having a lunch at I think the only non-veg restaurant at Ganpatipule, we went back to the hotel and took rest. In the evening at around 6:30 we walked up to the main temple near the beach for darshan and we were so lucky that we went straight inside the temple without waiting for even a second. Once we got inside after getting the darshan aarti started. The lights of the room were switched of and they light diyas which illuminated the room. It was an amazing experience, but the only regret is that inside the temple you are not allowed to click pictures. I badly wanted to click a picture of that moment. Even tried to get a shot from outside the door, but I guess I was getting too optimistic. But yes, I did manage to get a few firework shots after the aarti was over. 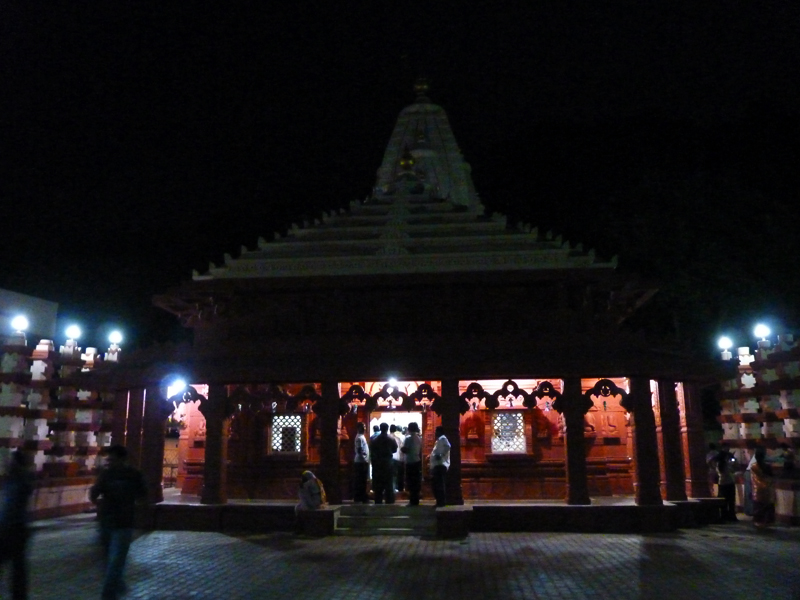 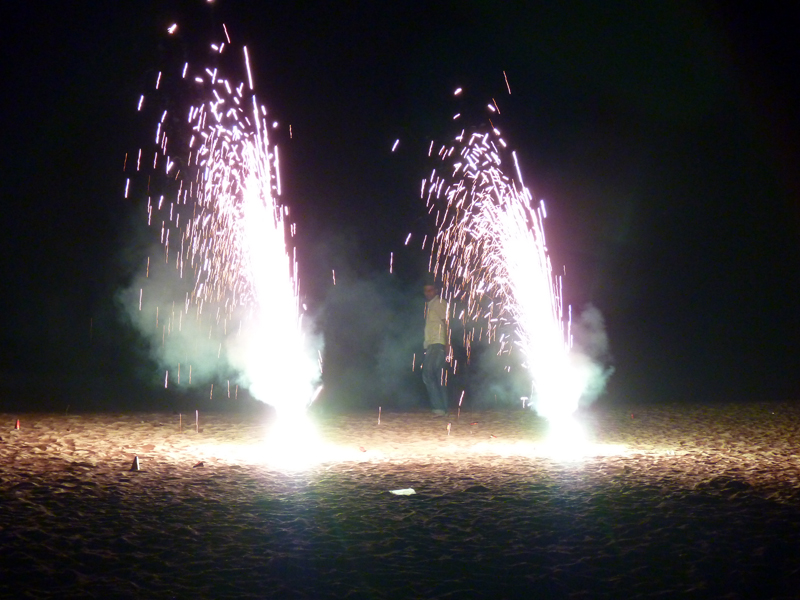 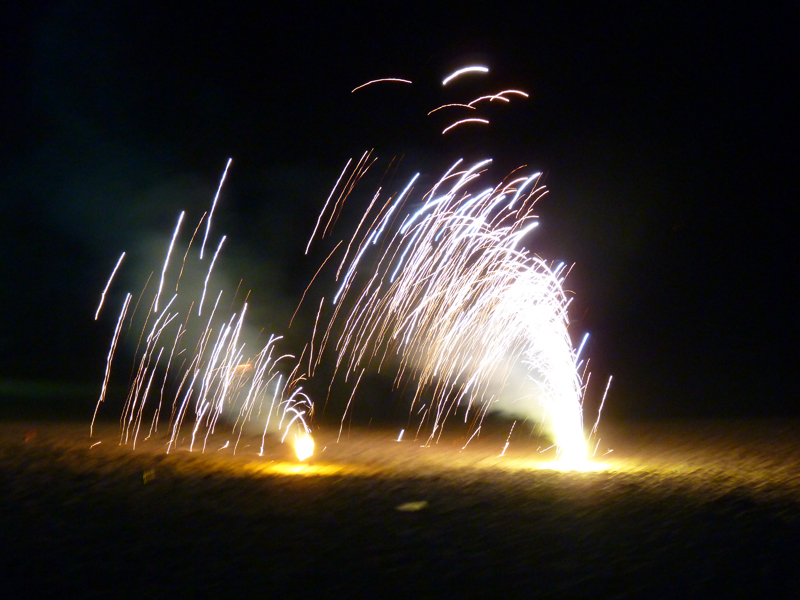 After this a good night sleep and next morning we woke up fresh and early so that we can enjoy the sunrise. But as usual, there was nothing worth the pain. In the west sunrise is never interesting. So, we did some time pass on the beach including making castles and bath. 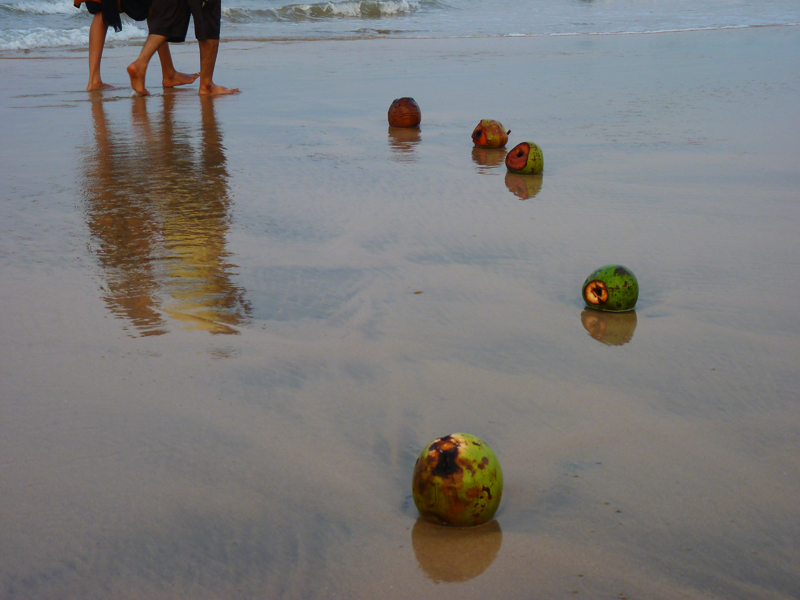 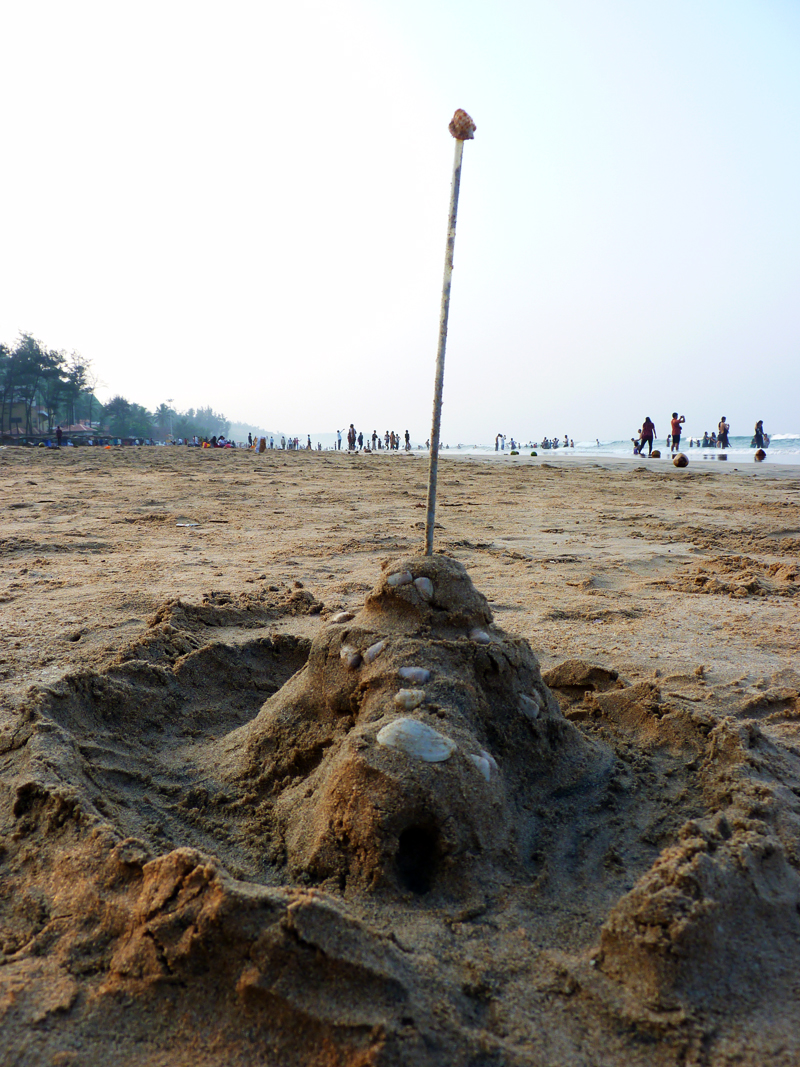 We had a lot of things to do so from there we went roaming just here and there after having fun on the beach. You can find an aquarium (Patil’s aquarium) which will cost you Rs 15 per ticket but believe me there is nothing special in that. You can go to any Mumbai pet store and get to see such fishes for free. What I liked was the museum which they have constructed to show the tradition of Malvan. The name of the museum is “Prachin Malvan” and as the name suggests, it takes you to prachin malvan.

You will take almost 30 to 45 minutes to watch the whole thing and there are guides who will tell you about the history and culture apart from the models. All in all a good place to visit. 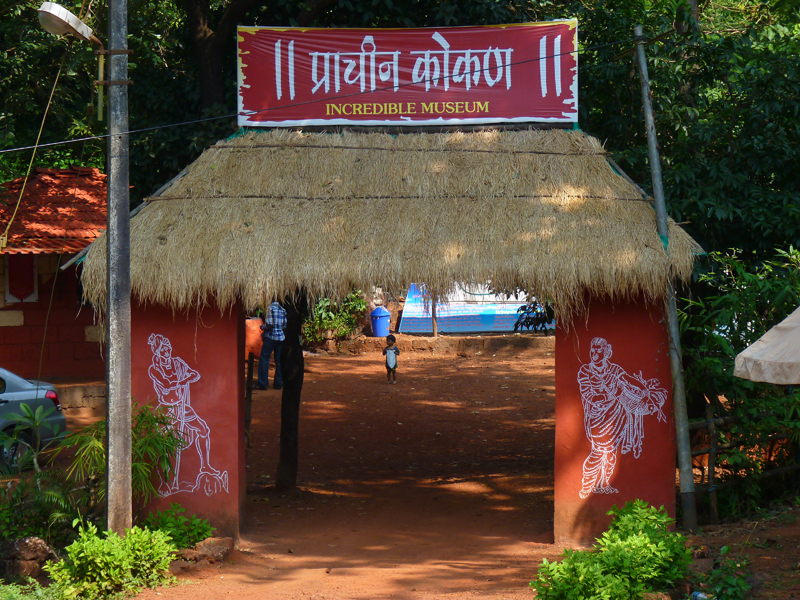 For lunch, we found out a nice restaurant called “swad” (in Malgud 3kms away from Ganpatipule). Although it was a vegetarian restaurant, the food was very tasty. Like everyone else, they had thali system. But the food was typical bharhmin style and good to eat. After finding this restaurant we didn’t face a problem with food for the rest of the three meals that we had in Ganpatipule.

After the meal, while we were coming back we found a beach which was quiet and secluded. And because of this there were hundreds or may be even thousands of migratory birds on the beach. There was a way to get the bike on the sand and believe me on any day I will take that opportunity to get my bike on the sand. Riding on the beach is fun. Got some really cool pictures of birds and my bike too. 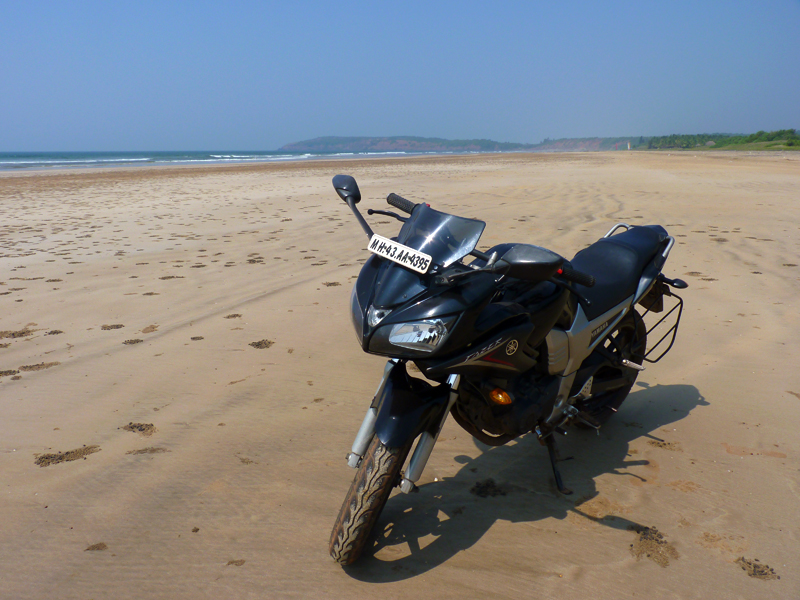 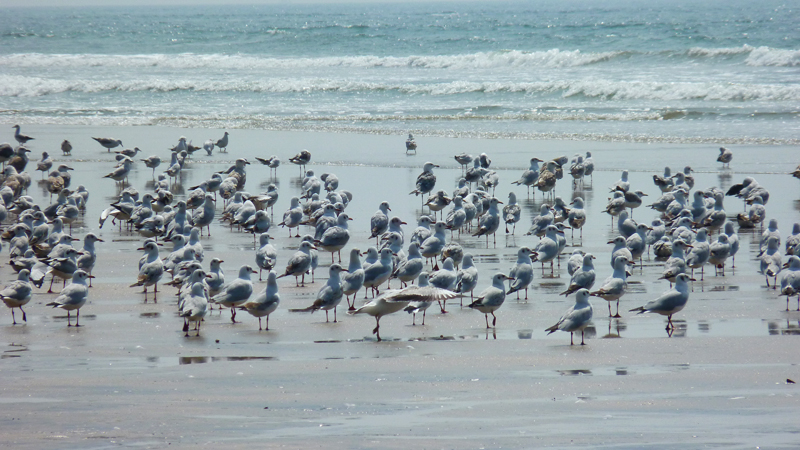 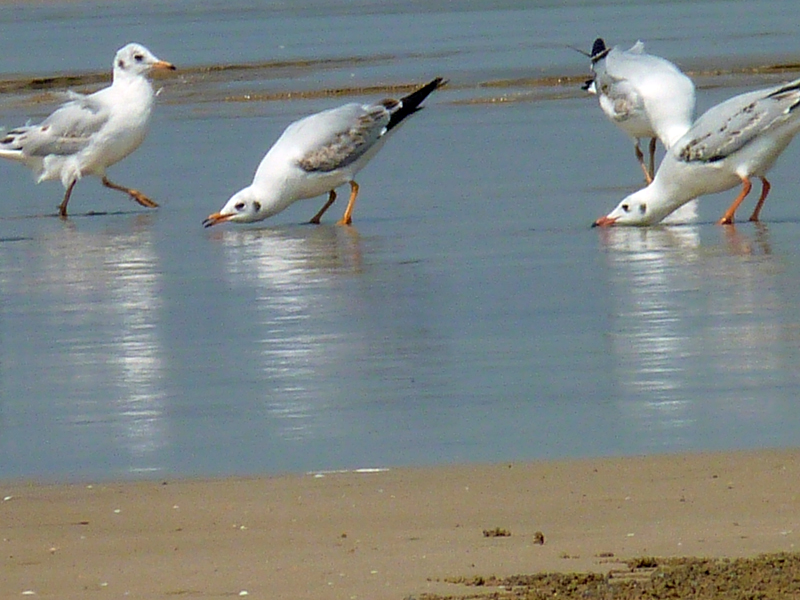 Yes, I went crazy with the birds. There were so many of them that actually I was confused on which one to shoot at. The sunset from that point is also amazing. I mean the beach is almost empty and so you can just sit and relax and see the sun go down. All in all an awesome experience we had and now it was time to get a good night sleep and start our journey home next day morning. 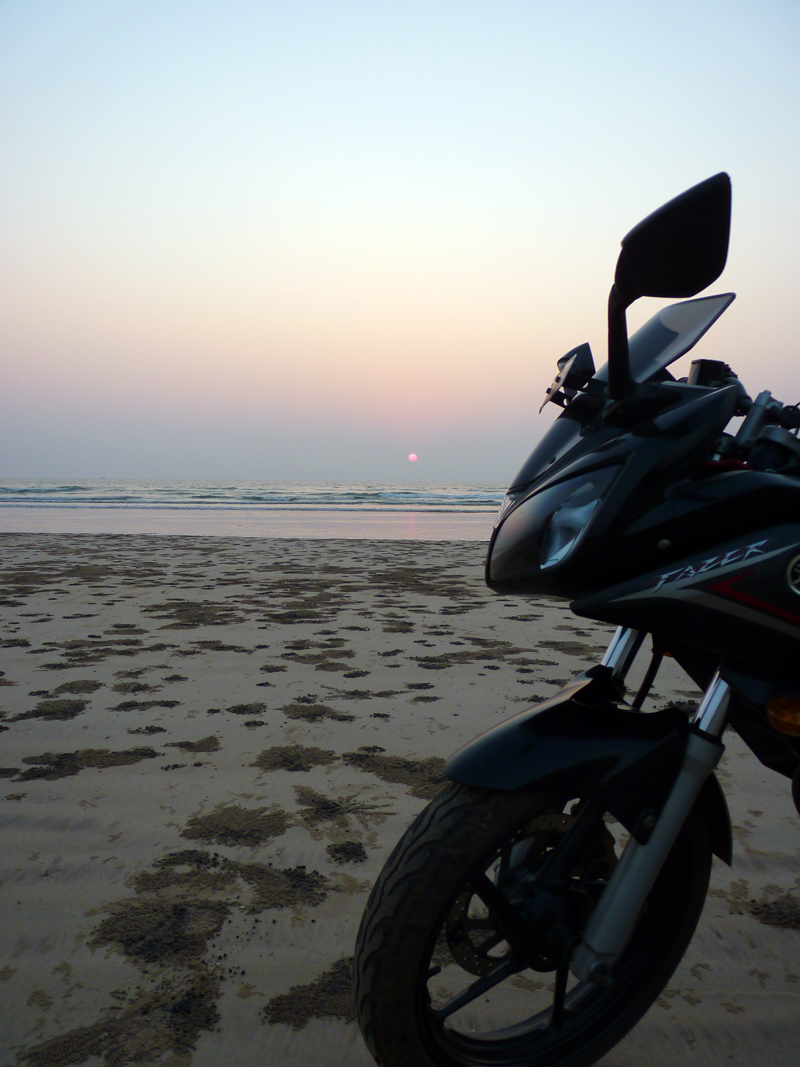 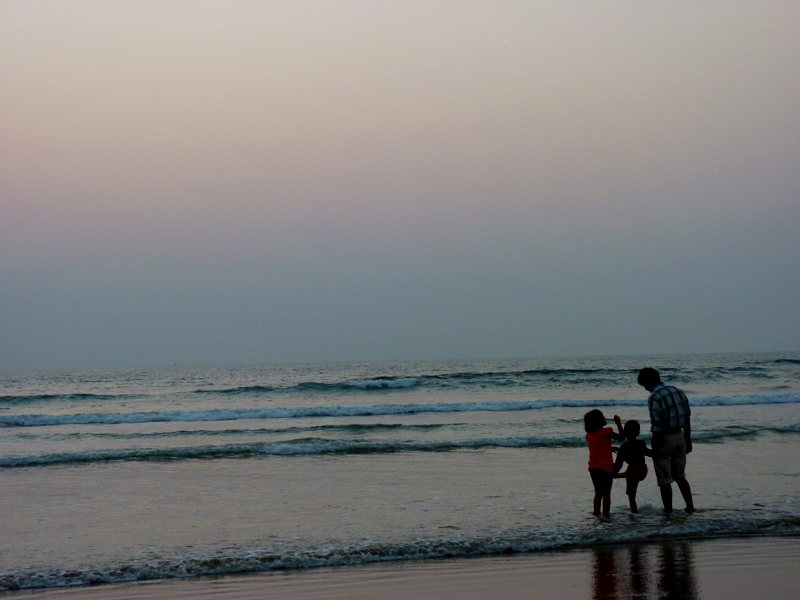 1 - My trip to Shrivardhan, Harihareshwar

2 - A quick trip to Sinhagad