So, I read about this new feature on Twitter not sure who made that tweet or was it a sponsored one. But I saw that Microsoft has release Windows Subsystem for Linux (WSL) version 2. Now, I was not even aware version 1 existed (I guess I was too outdated in the windows world) but this news caught my attention. Windows and Linux in the same tweet. Well, that’s interesting I thought and started reading about the feature.

So, what is this new WSL?

Microsoft’s WSL is a way for you to install a Linux environment on your Windows machine. So, now many would say – well what’s so new about it. We have VM Ware which allows us to do that. We can even use the open source version Virtual Box and install a Linux OS inside a Windows machine. However, the interesting thing about WSL is that the filesystem is integrated with your Windows system. 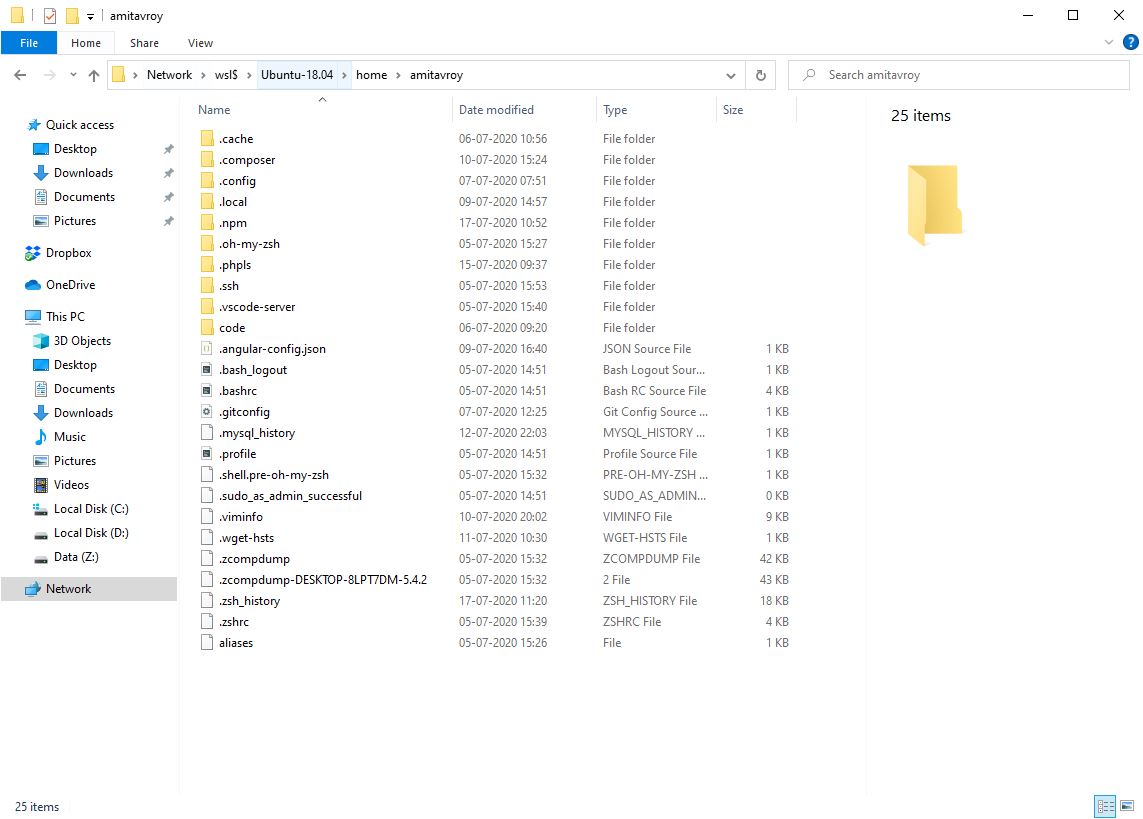 By that, I mean you can have your Node or PHP project inside a Linux system. And, when you run “code .” from inside your Linux console, the folder will open up inside Visual Studio Code. Or, even right click and open that folder inside PHP Storm of VS Code (see screenshot below) 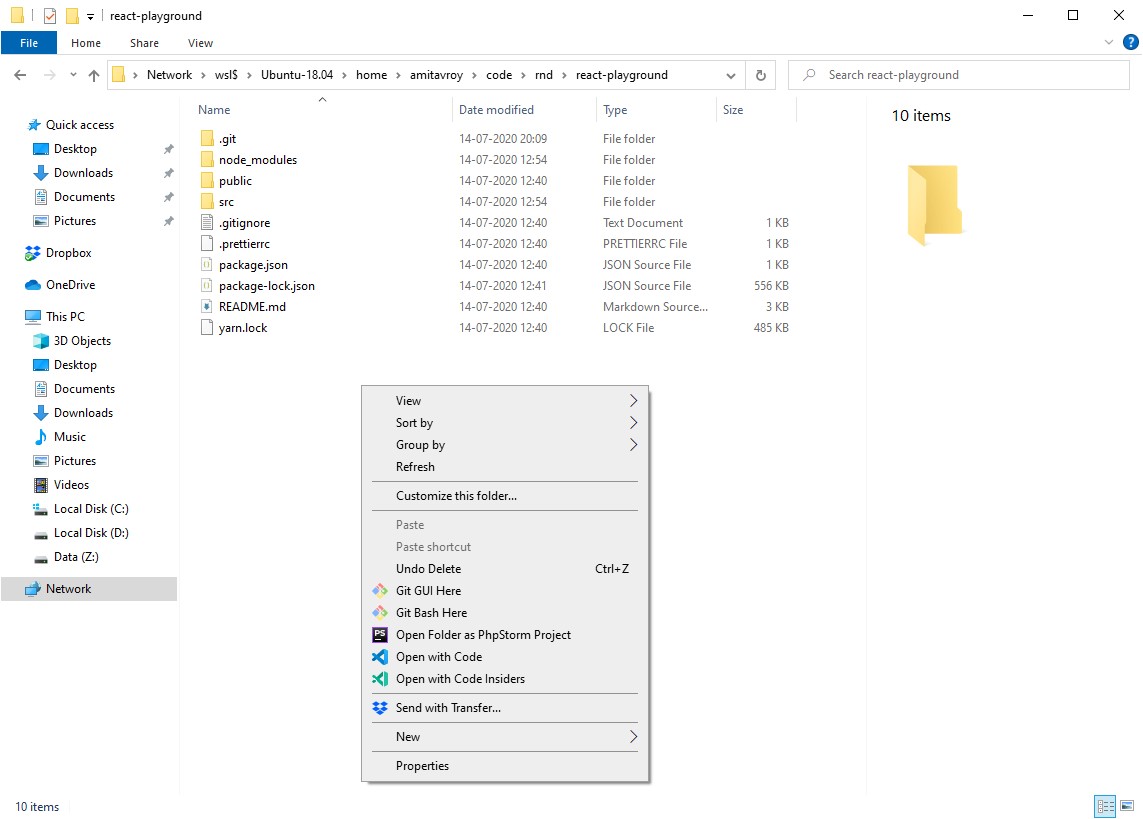 Yes, it’s real. I do a lot of PHP development and most of it is using Laravel. And, I never liked the idea of having WAMP or XAMP to control my LAMP stack. And, that was one big reason I never used Windows as my primary OS for development. However, with this I get the best of both worlds. I am able to execute my code from inside the Ubuntu environment staying within a Windows environment. Using the Windows terminal, I am able to run all Linux commands required inside any unix based system, upgrading of PHP and other stuff can be done using the APT package manager.

Some issues that I have faced

However, there are some open issues which I am already aware of:

Other than that, I am overall very happy. My desktop (which is my primary development machine) is running on Windows 10 instead of Linux and I think I will continue to use it because things can only get better from here. And this does mean, I may not have to spend a huge amount on a new Mac Book Pro as my primary development environment and upgrades will not be so costly.

Tell me what do you think about this new feature. You can get in touch with me on my twitter handle @amitavroy7

1 - Maximize Your E-Commerce Sales with Typeform and Klaviyo: The Ultimate Marketing Combo

2 - Nest.js - a node based framework and why it is a good choice

4 - Why is reading code important for every developer?