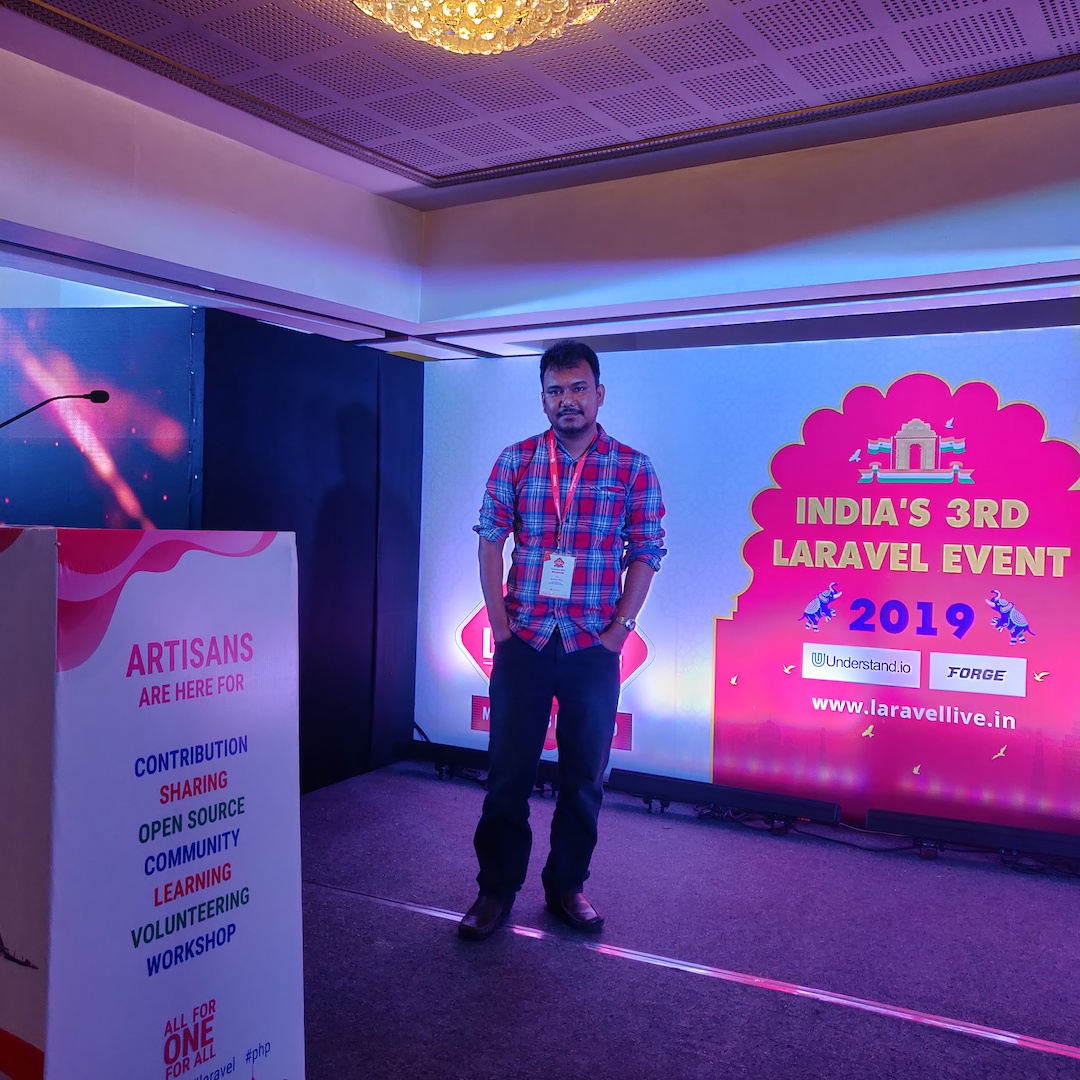 My love for Laravel has been since the days of Laravel 3. Looking at the great documentation, intuitive API which is so developer friendly and many other reasons, I was convinced that this is the framework of choice for me to work on any project when the stack is primarily PHP. By now it has grown a lot. A lot of new features are being added to the framework. And every new version would be announced at conferences and it's creator Taylor Otwell and so many other great developers would speak about the framework, new patterns and ways of development etc.

I would always look at those recordings later and ask myself, when would I be able to be part of such a conference? And finally, on the 3rd of March 2019, I was able to attend one such conference. The LaravelLive India conference 2019 organised at Sakinaka, Mumbai was something which I looked forward to. And, when I came to know that Freek Murze would be present I was so happy. I would be finally able to meet my mentor in person and that's in itself just an awesome thing to have happened.

Some of the talks from this conference were really very interesting to me and I already have a plan on executing a few of them. To start with Christoph Rumpel spoke about the Laravel core and a brief introduction of how Laravel is being booted up and what happens under the hood let's say when we call a Facade, or when service providers are loaded etc. Chris rightly mentioned that we as developers should have some idea about how the framework works, what happening under the hood. The more we know, the better understanding we would have about the framework and would be able to play it.

Another talk which I really liked was about a new way of looking at development by Nuno Maduro. He spoke about defensive programming and writing effective PHP. Yes, it was a new thing for me but his points were very valid and it's something which I am going to explore now in bits and pieces implementing in current codebases.

Freek Murze gave a very interesting talk about event sourcing. It's a new approach and a new pattern of development which helps us keep an audit of every kind of data which is getting changed in our DB. As he mentioned, this is not something which we should be using in our day to day applications. But, there are some applications where an Audit of everything is important like what was changed when it was changed etc and with Event Sourcing, this is very easy to achieve. Basically, in this pattern of development, the controller does nothing except raising some events. And then there are different consumers who can take the data from that event and then take different actions on that data. And change is being recorded in the database. And, if required we can even re-run the entire events and check how the application was behaving at a particular point of time.

Also, the talk about API authentication and JWT tokens for securing APIs by Md Shahbaz Alam was quite good. He shared his experience on JWT and securing APIs.

You can get more details about the event here on https://laravellive.in the website itself and when I am able to find the videos of the talks that I have mentioned in my article, I will link them to this article too.

1 - Working with webhooks using the spatie package in Laravel

2 - Continuous Integration with Gitlab on Laravel

4 - Migrating my blog from CMS to Laravel